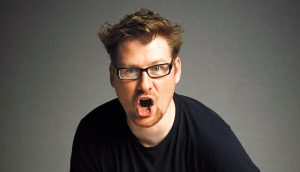 A burp is a backward passage of air from the stomach or esophagus that comes out through the mouth. Most often this air is swallowed when eating or breathing through the mouth and is released later. However, if you persistently belch, you may need to look at the reasons why.

There are a few serious conditions that are caused by unusual wind. They include gastroesophageal reflux disease (GERD), which is a condition in which the contents of the stomach come back up through your throat.

Other conditions include small intestinal bacterial overgrowth (SIBO), where excess bacteria develops in the small intestines which creates gas. Irritable bowel syndrome (IBS), which include lactose intolerance, gastroparesis (common in diabetics), or a hiatal hernia can also cause burping.

If you want to identify if your burping is regular, look at other symptoms that are associated with your burping. Look at symptoms like heartburn, or difficulty with food or liquids passing down the esophagus, which can suggest a block in the esophagus.

Vomiting can also be a worrisome symptom as it can be an indication that you have a blockage that is obstructing your stomach or small intestine. Another symptom that should not be avoided is unexpected weight loss and loss of appetite. Loss of appetite and weight loss can mean that your body has cancer that is using your energy and nutrients to grow and spread.

If you experience constant burping, it is best to list out as many symptoms that you experience and see your GP as soon as possible to rule out any serious medical concerns.