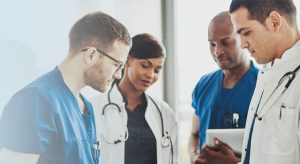 Doctors have said that HIV will be wiped out in the capital in the near future. London’s biggest sexual clinic said that infected cases have dropped by half.  According to the statistics, there were 393 cases in 2016 and 629 in 2015.

The clinic says that this is due to a new early-intervention treatment program that has been popular in San Francisco.

Dr. Alan McOwan, who is the lead clinician at the clinic, said that this drop has been something he wanted to see for 20 years. It makes the staff feel excited, as they feel that they have finally achieved something.

The current programs, provides patients who have been diagnosed within a week, the opportunity to receive the antiretroviral medicine. This tends to reduce the spread of the virus and will make it less likely for those who have contracted it to pass it on to others.

The infection has also dropped because people who at risk of contracting HIV, have been purchasing Pre-exposure prophylaxis (PrEP) drugs online. PrEP has yet to be approved by the NHS, but can be purchased online through pharmacies in India and Swaziland.

The Public Health England, which previously classified HIV as a  “fatal infection” has reclassified it into a “chronic manageable condition” after advances in treatment.

Doctors are now more positive of ending the HIV epidemic that has been a world health issue for decades.